Jane Morris’s face became iconic through all the paintings and drawings her lover Dante Gabriel Rossetti made of her. Myself I have always been more interested in the photographs he commissioned. They provide a glimpse of the woman behind the image. Yet their suggestion of reality is also a created one and it leaves room for many questions. 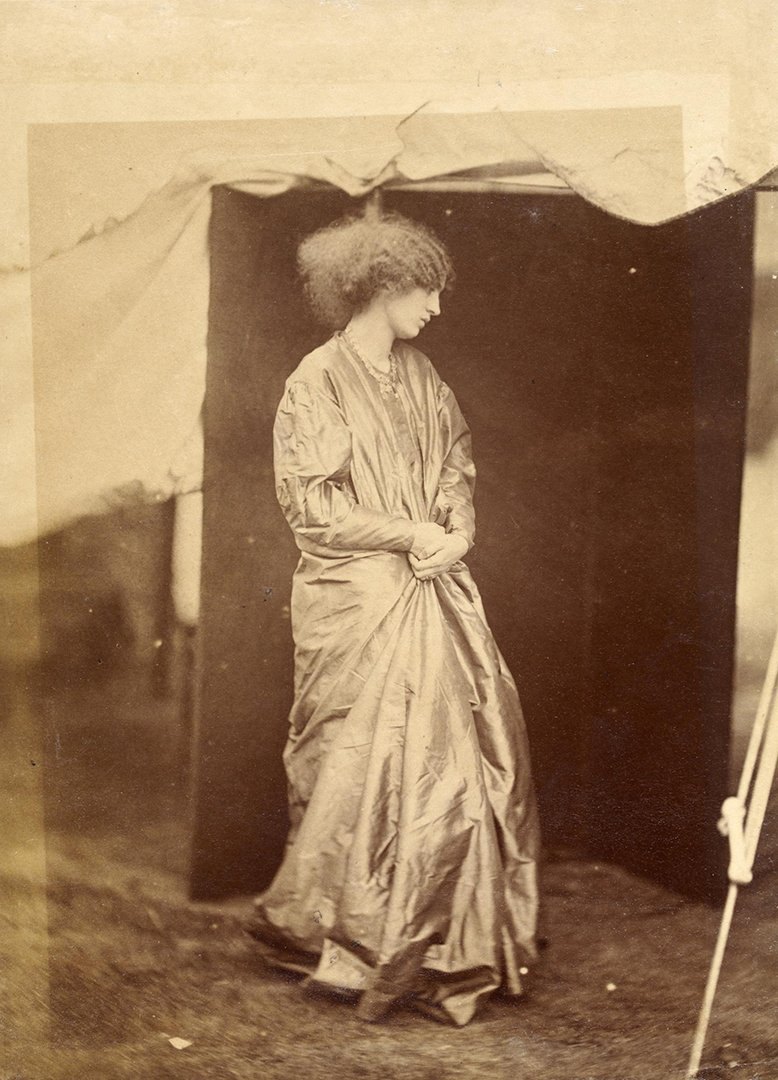 The series is assembled in the Album of Portraits of Mrs. William Morris (Jane Burden) Posed by Rossetti, 1865 and I highly recommend studying it at the Victoria and Albert Museum.
My visual research also included collaborating with a wet-plate collodion photographer to experience the same technique that captured Jane Morris in these early stages of photography. 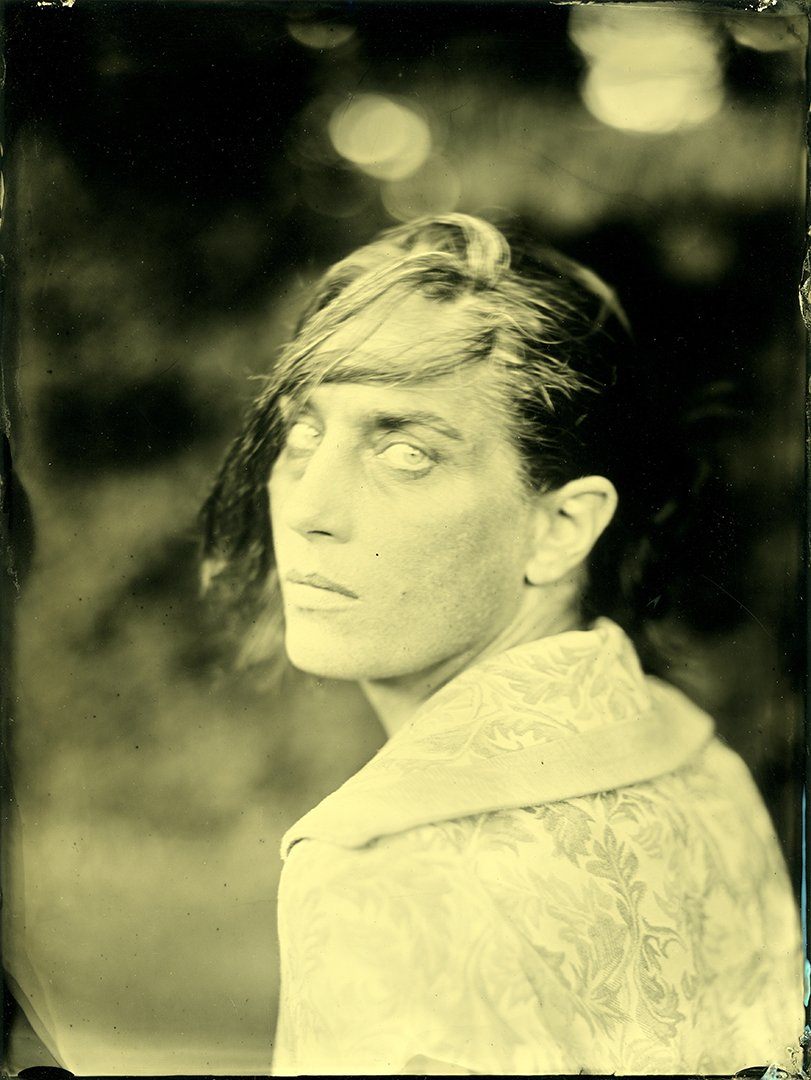 In the course of Jane Morris’s life she has been photographed by John Robert Parsons, J.E. Mayall, Emery Walker, Robert Faulkner and a few others. Coincidentally this life spanning record also illustrates the development of photography. The first known photo of Jane was a carte de visité made during her engagement with William Morris, at a time when photography only just had become available for the upper classes. 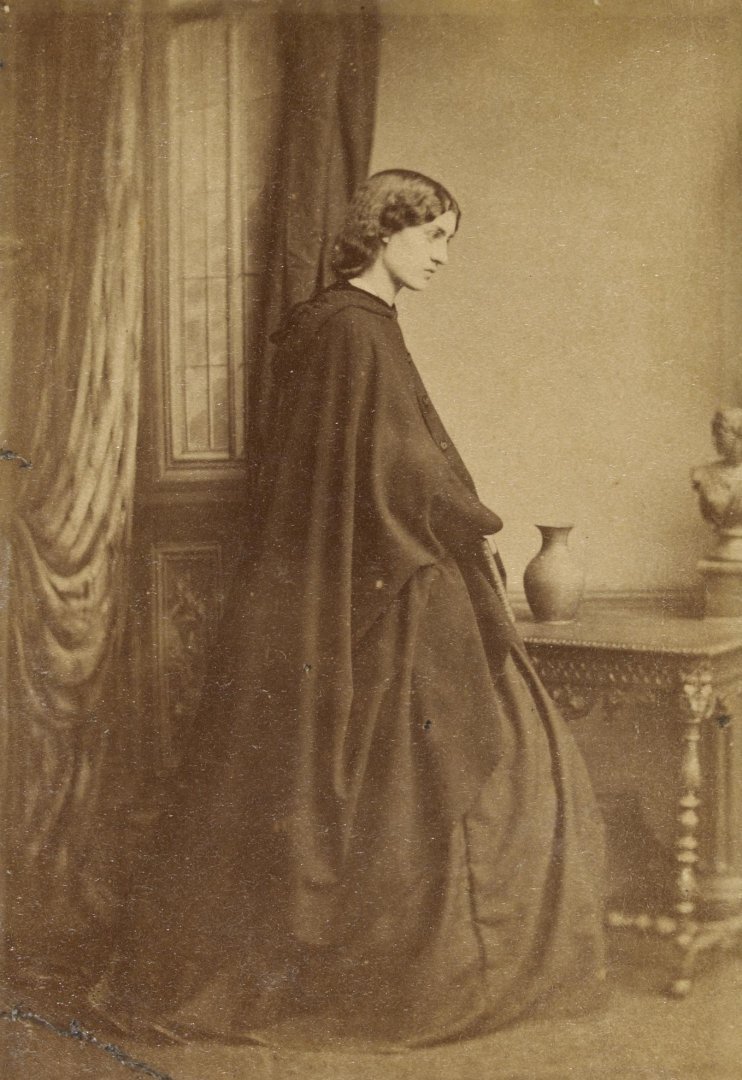 In later life Jane Morris occassionally posed for photographers and painters. One and a half year after she became a widow she was photographed in her home, Kelmscott Manor. The photo session was carefully orchestrated and multiple images of the same pose were made. The differences reveal how her seemingly timeless beauty was created with retouche. However what I love best in this image is the shattered glass negative. It shows the fragility of photographic reality. 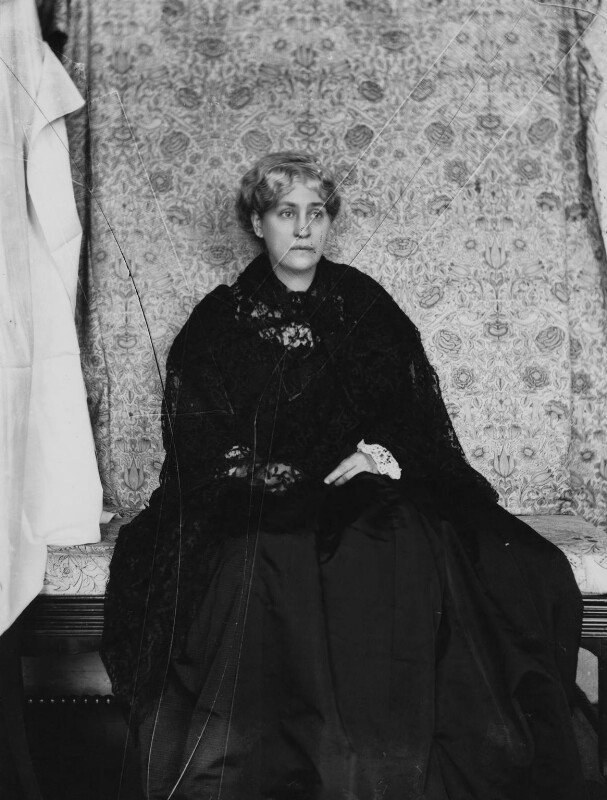